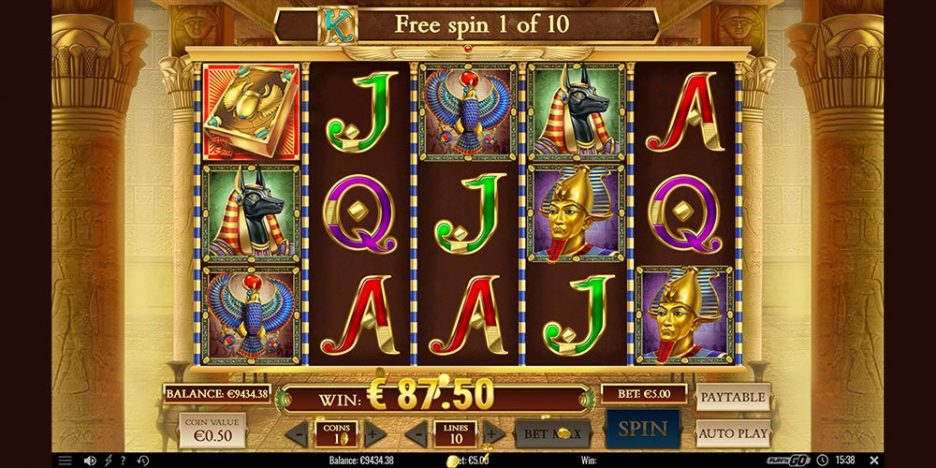 Ready to spin like an Egyptian? Well, it’s your lucky day because we’ve got two Ancient Egypt-themed slots waiting to be uncovered in the latest installment of Casino Wars. It’s time for the battle of the century, with Rich Wilde and the Book of Dead and John Hunter and the Tomb of the Scarab Queen set to go head-to-head. who will win in Book of Dead vs John Hunter?

Both slots come from a successful line of games and are among the most popular Egyptian adventures. Plus, they’re both available on mobile, tablet and desktop, so you can give them a go wherever you are.

But which is better? There’s only one way to find out! So, strap into our time machine and join us on a spin-tastic trip back thousands of years to the land of pharaohs, pyramids and tombs. Let’s go!

Rich Wilde and the Book of Dead

They say sequels can never live up to the original but after the success of Rich Wilde and the Aztec Symbols, our wild explorer turned things up a notch in Book of Dead. This 5×3 slot features 10 paylines and is set within an ancient burial chamber. 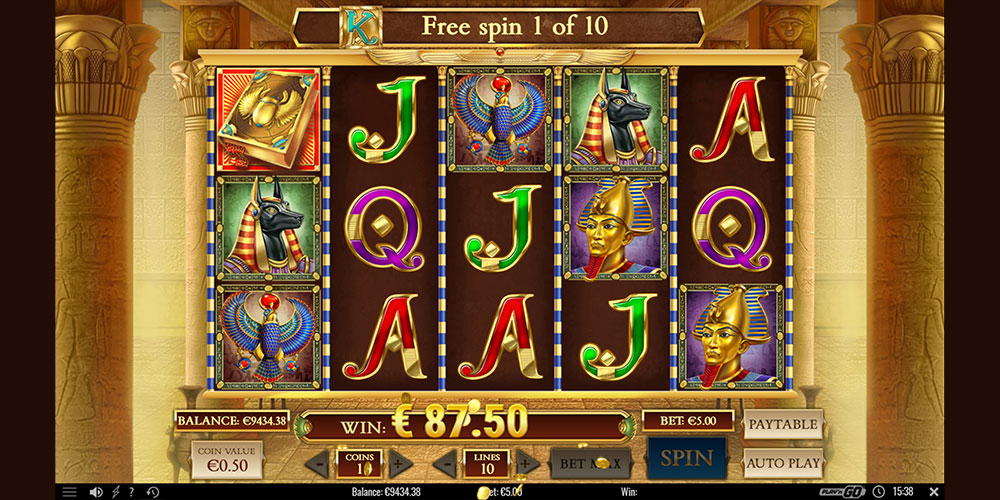 You never know what you might discover in a tomb but don’t worry, it’s not all bad – you might even land wins up to 5,000x your stake! Book of Dead features 11 different symbols, with Rich Wilde himself being the most valuable. And look out for the Book of Dead symbol, which acts as both the wild and the scatter.

There’s just one bonus feature on offer in Book of Dead but it’s a good one. That’s right, it’s free spins! It’s triggered whenever three or more book symbols land anywhere on the reels. This could lead to winnings up to 200x your stake.

Once this happens, you’ll be taken into a sacred chamber where you’ll be given 10 free spins. Again, three book symbols can lead to a further 10 free spins. And if you get three more before your spins are up? You guessed it – 10 more free spins! The free spins can be triggered infinitely, and the round will last until they’ve all been used up. 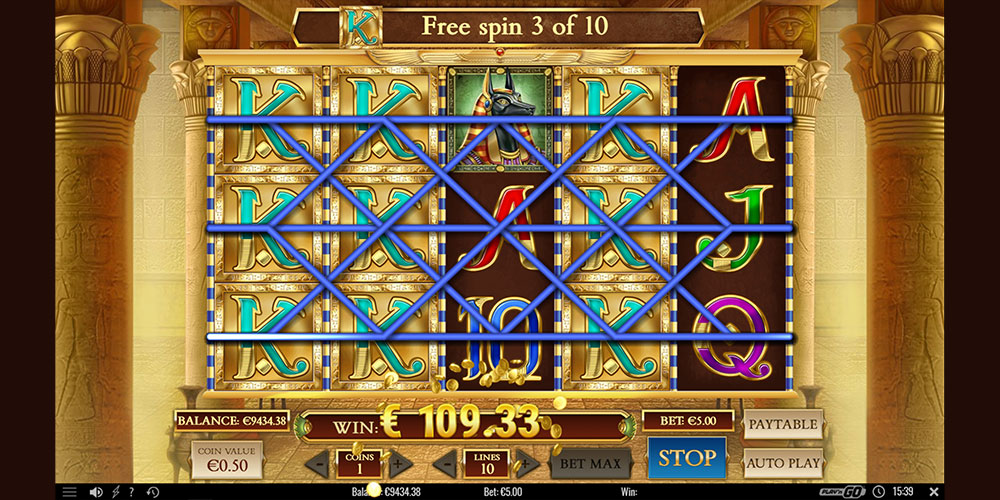 If that’s not all, before the free spins round a symbol is randomly chosen, which acts as a special expanding symbol. If this symbol covers several reels, it can give huge wins up to 5,000x your stake.

John Hunter and the Tomb of the Scarab Queen

Did you enjoy your Wilde ride? Well, it’s time to see what our next slot is all about. Like Book of Dead, this epic game is not John Hunter’s first rodeo, as it comes from a long line of successful games.

Thankfully, we’re not trapped in a tomb this time and can get some fresh air, with the breathtaking pyramids filling the background. And there’s even more reason to get excited, with potential wins up to 10,500x your stake waiting to be won.

John Hunter and the Tomb of the Scarab Queen bonus features

It’s double trouble this time around, with two bonus features to look forward to. Just like Book of Dead, there’s a free spins feature. It’s triggered in a similar way, with the scatter symbol – in this case a pyramid – landing on the three middle reels.

You’ll be awarded eight free spins, during which the money symbols can appear on reels one to four, with the collect symbols landing on reel five. The values of all money symbols are added to a bonus pot and once the free spins have finished, you’ll receive one re-spin. If collect lands on reel five during this spin, the value of the bonus pot will be paid out. 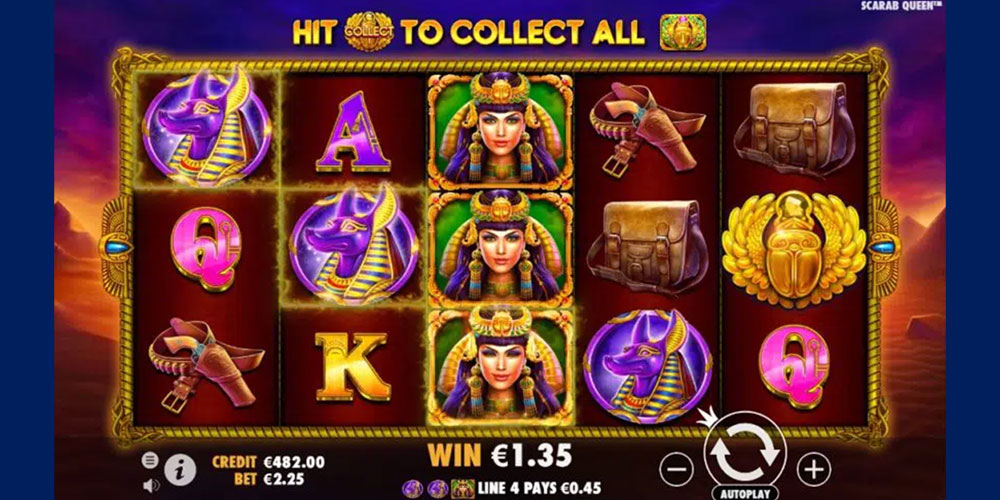 As well as free spins, John Hunter also features a money collect feature. During the regular game, look out for the previously mentioned money symbol on the first four reels. Each symbol has a random cash value attached and if collect then lands on reel five, you’re in business baby!

It will lead to either collect, extra credit collect, multiplier collect, expanding collect or re-spin collect, and with each one you’re guaranteed a boost on your winnings.

Book of Dead vs John Hunter: The conclusion

Well, there you have it. Two awesome Ancient Egypt-themed slots. Both offer plenty of chances for free spins, win potential and, most importantly, fun! Book of Dead takes place in a tomb, with the chance to win up to 5,000x your stake. Meanwhile, John Hunter has a money collect feature that can really boost your winnings.

We think they’re both great but as this is Casino Wars, we want to know which one you prefer. Book of Dead vs John Hunter? Take them both for a spin and let us know your favourite. Have fun!

Blackjack vs roulette? Megaways vs jackpots? Make sure you check out the previous installments of Casino Wars!