As a magician, a con-artist and a filmmaker I
have a great passion for a good story that not only entertains or captures the
imagination of an audience but also creates a real reaction from real people in
real life.

A great hoax has the potential to punctuate a
moment in time, reveal something about people, countries and even civilisations
but most importantly, they can force people to stop taking themselves so
seriously.

The Good, The Bad And The Fugly

First, let’s agree that not all hoaxes are good
or funny or reasonable.

In the Internet age, hoaxes tended to spread
more easily thanks to the novelty of the World Wide Web and the sudden ease
with which a story could be spread from one corner of the world to the entire
planet.

This opened the door to some pretty mean-spirited
bullsh*t and I’m not going to waste too much time on that brand of hoax.

Examples of this type of crass con include
announcing the death of celebrities (sometimes with accompanying news footage),
fake news stories designed to enrage or manipulate weak-minded reactionaries or
lurid stories about public figures entirely made up yet suddenly “true” by
virtue of popularity.

A lot of money can be made making and
distributing wholly faked videos of supposedly outrageous or amazing “real
life” moments where everyone involved is acting so badly it might almost be
deliberate (it isn’t) yet millions of fools are suckered and shepherded towards
even more of this garbage.

It’s a little depressing that so many people
today can be taken in by such lame material when others have worked so hard to
make hoaxes that were so ingenious and artful they almost belong in a museum!

The Louvre is not above falling for a hoax or
two.

They once bought a Greco-Scythian crown known as “The Tiara of Saitaphernes” for 200,000 francs believing it to be over 2,000 years old, only to learn it had been made within months of their purchase! 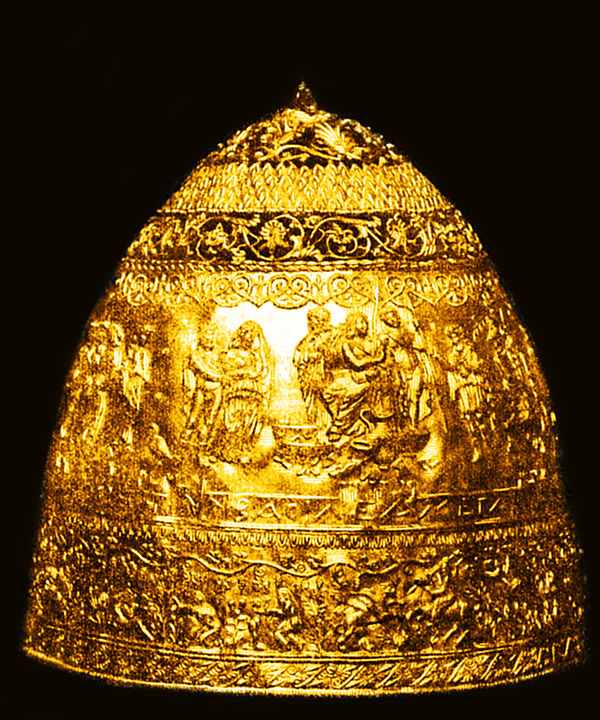 This is also a scam of sorts but as a hoax, it
exposes the hubris of an institution that certainly had the expertise to spot a
fake.

But whether it be bureaucratic interference or
institutional incompetence, it exposes that even the most revered of places can
make egregious errors of judgement.

And if the Louvre can make such a mistake, what chance do the public have when confronted by bogus archeological finds such as the notorious “Piltdown Man” which was claimed to be the much sought-after missing link between ape and man as proposed by Charles Darwin.

The discoverer of these skull and bones was the
similarly-named Charles Dawson which may have given some credence to his
‘discovery’ but when challenged, Dawson soon produced another skull which (many
years later) was found to be cobbled together from several sources m- including
an orangutan!

Whether or not Dawson was alone in this swindle
is as of yet unknown, but I adore the theory that Sir Arthur Conan Doyle (who
lived very close to Charles Dawson) may have been the mastermind behind the
ruse though anyone who can prove this idea is long-since dead.

Doyle is believed to have been a victim himself of a hoax when young girls claimed to have found fairies at the bottom of their garden and even had the photographs to prove it.

But while the author of the greatest logical
thinker in fiction was apparently a believer, I prefer to think he was being
mischievous by playing along with such a ridiculous notion.

The Cottingley Fairies almost beggar belief by today’s standard, as does the remarkable reaction to Orson Welles’s famous “War of the Worlds” radio broadcast that sent ordinary people into the street fully-armed to tackle a Martian invasion.

This was a product of its own time, feeding into
a national paranoia that seemed to tip the balance of sanity when Welles
broadcast his show. 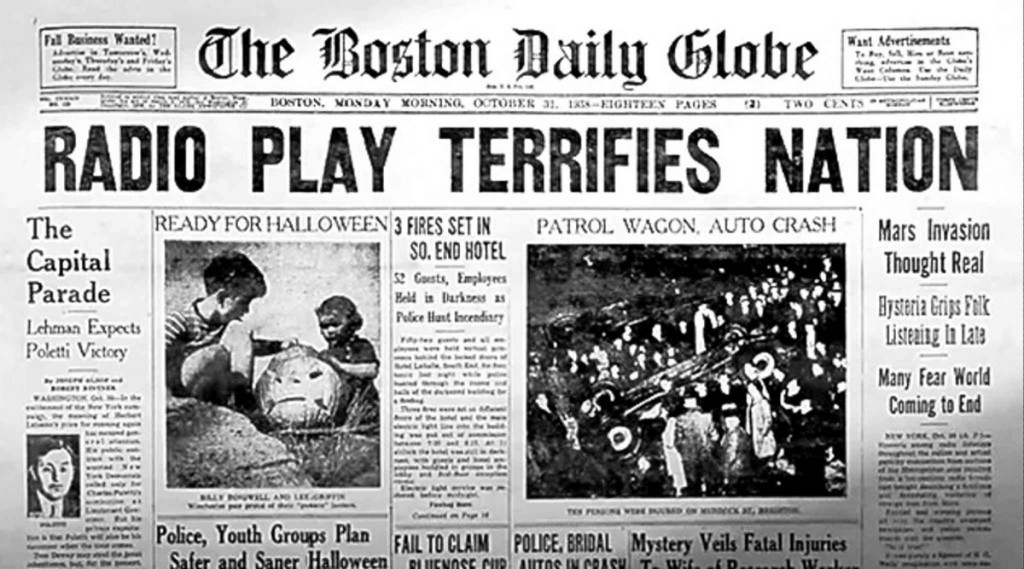 It’s also fair to say that Welles was fully
aware of the reaction he might get when dramatising H. G. Wells’s classic to
sound exactly like a radio news announcement of the time.

Little wonder then that people reacted so
emotionally to something that sounded so real.

As a hoax it is brilliant but as a means of
garnering publicity it has rarely been bettered.

One could argue that modern audiences are too sophisticated to fall for such deceptions but in recent times the BBC successfully terrified a nation with a faux paranormal show called Ghostwatch that succeeded in traumatising lots of people who seemed (claimed) to believe the cod acting and ridiculous happenings on their TV screen.

In fact, such faked scenarios continue to dupe
people by matching style and format to real footage captured by real people of
real events and this can be a dangerous tool in the wrong hands.

I personally love any hoax that holds a mirror
up to the flaws of society, whether they be mass beliefs, pretentious positions,
or sheer stupidity.

A modern favourite would be the wonderful Shed At Dulwich, an experiment in algorithm manipulation by Oobah Butler who manipulated the restaurant review system until they had the highest-ranked restaurant in London, which also happened to by fully booked for well over a year. 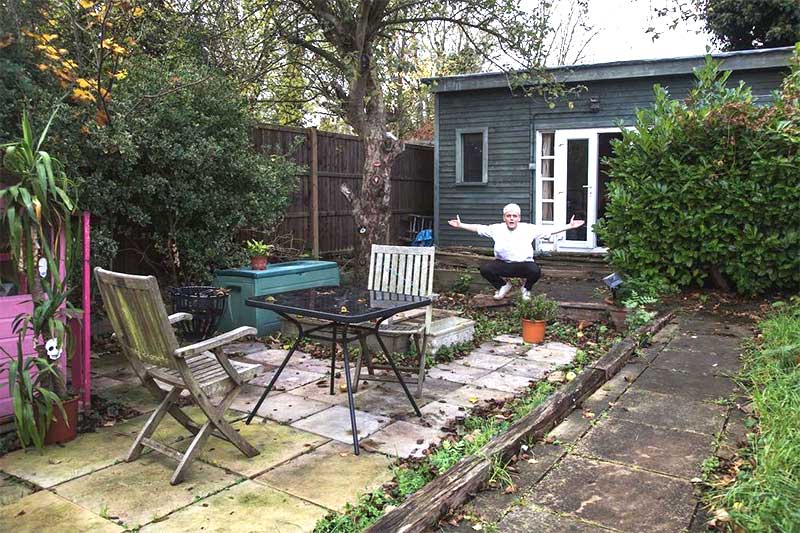 Of course, the restaurant was non-existent and
actually was a shed in Dulwich but pretentious reviews of their innovative
“mood-based dining experience” drove thousands of people to leave messages on a
cheap pay-as-you-go phone while bombarding their simple website (complete with
photographs of non-existent food) with requests for a booking.

Like many great hoaxes, The Shed simply riffed
on recognisable tropes and well-known phenomena to take advantage of people’s
wants and needs.

Like any great con, it worked because it looked
and felt real based not on the facts but on a simple facade built upon an
equally ludicrous reality.

Personally, I’d argue that the mechanisms of
hoaxes are similar to the methods of propaganda and as such we can learn a
great deal from what captures the imagination (and belief) of the masses.

Hoaxes remind us that we are all susceptible to
reacting in a way that will send us down the wrong path.

If you’ve ever fallen for one or believed a bogus story simply because it fit your existing opinions or worldview, take a moment to reflect how a con artist or fraudster might fool you in the same way.