Many Hollywood productions are fleeing Tinseltown due to the rising production costs, such as higher taxes and overdevelopment in California.

However, thanks to growing global interconnectivity it’s easier than ever for moviemakers to scout the world for awesome, diverse locations.

The entertainment sector has grown exponentially with the UK and Europe becoming a part of the leading movie markets worldwide.

However, The Old Continent isn’t just a juicy market for today’s Hollywood moguls, but its geographic diversity, rich history, and stunning scenery makes for the perfect backdrop for a variety of movie and TV genres.

European countries such as Spain, the UK and Ireland as well as Eastern Europe have seen a surge in recent years.

Spain’s asset as a movie location isn’t only the natural beauty and West-coast-esque climate, but government incentives. In fact, in May 2020, the country’s government further increased the existing tax rebate to a whopping 25% to 30%.

When it comes to the UK, according to the British Film Institute, the country’s spending hit a record of nearly $4 billion in 2018.

From the California-like sunshine of Sicily to the gothic charm of West Yorkshire, which European location takes the cake for the new Hollywood? 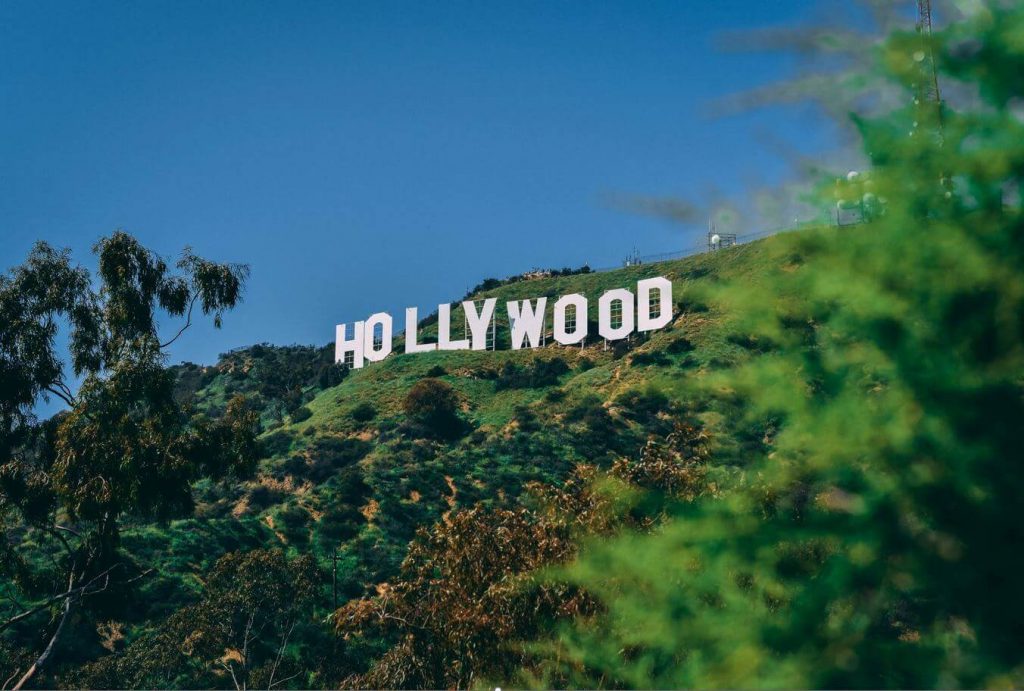 If you are a huge Game of Thrones fan then there is no doubt that you are excited about what’s in store for the prequel, House of Dragon.

The show, much like its predecessor, was filmed in various locations including Spain and the UK. The fantasy series really seeks to embody the gothic atmosphere of the Middle Ages through its use of historic locations.

One of House of Dragon’s main filming locations is the beautiful town of Cáceres. You can truly experience the Mediaeval charms of a fantasy-like world with ancient walls, cobblestone streets, and a blend of the city’s Roman, Moorish and Italian renaissance architecture.

The Spanish town of Trujillo is yet another stunning historical location. This area boasts of some of the best Roman ruins in Spain. It’s no wonder visitors are especially drawn to its ancient architecture and the many renaissance buildings and castles on display.

The neighbouring country of Portugal is also set to be a filming location, more specifically the village known as Monsanto. This is not your typical location, considering it is one of the most unique cities as it is perched on a hilltop intertwined with giant boulders.

It seems the HBO series is also making good use of all the natural splendour England has to offer. Cornwall’s dramatic granite cliffs, spectacular coastline, picturesque harbours and postcard-worthy beaches did not go unnoticed when choosing possible locations for House of Dragon.

The show started filming in this location back in April 2021 when photos of former Doctor Who lead Matt Smith and Emma D’Arcy emerged.

The stars were seen in their dark-age costumes at Holywell Bay near Newquay, and film crews and mediaeval-style sets were also spotted at St Michael’s Mount.

Peak District is another exceptional English-based destination that was on the cards for the House of Dragon producers. Film crews were also spotted in the English village thought to be the new ‘New Zealand’ for the next Game of Thrones series.’

With its extraordinary national parks and breath-taking hillsides, valleys and lakes, this comes as no surprise.

The quaint charms of the Surrey hills seem to have also drawn some well-deserved attention. The city is surrounded by historic heritage, from its natural woodlands to its Thames-side meadows.

A-List celebrities Samuel L Jackson and Emilia Clarke made their way to the region of West Yorkshire to film Marvel’s miniseries, Secret Invasion.

Back in January, the iconic actor Samuel L Jackson who was joined alongside Game of Thrones star Emilia Clarke was spotted filming on the humble streets of Leeds. Both set to appear in the superhero series for Disney they filmed in Leeds city centre, namely Bond Court and Alexander Street.

Though not quite the usual Hollywood standard, Leeds has a wealth of attractions to offer. Therefore, the beautiful surroundings and the pétanque statues in Bond court make for a great choice of location to film.

Moreover, Alexander Street situated in Leeds city centre is a unique and prestigious building located right in the heart of Leeds, overlooking Millennium Square. Hence, it is no wonder Leeds was a location to make the list.

Legendary movie stars Samuel L Jackson, Ben Mendelsohn and Emilia Clarke also filmed in other locations within Yorkshire, including Halifax’s historic town. Pictures of the 18th-century tourist attraction, Piece Hall, were posted on social media displaying it being transformed into a Russian funfair as part of the production process.

When it comes to Halifax’s Georgian heritage, as a large open-air courtyard, Piece Hall is a great architectural feature nestled within dramatic landscapes, woodlands and valleys.

Some Hollywood productions are bonafide travelogues, but all pale in comparison to the popular Mission Impossible Franchise. The UK, Norway, Italy…The film has been shot in so many different countries that there is a chance that you have stumbled onto the set at one point or another, wherever you reside.

However, the real stunts of megastar Tom Cruise require the perfect location, and what’s better than none other than Venice?

Taking a short break from Spiderman’s Far From Home’ the touristic marvel (pun intended) proves once again to be the perfect spot for a Hollywood adventure. Although in real life, the biggest spectacle a tourist might see is the restaurant bill at Piazza San Marco. 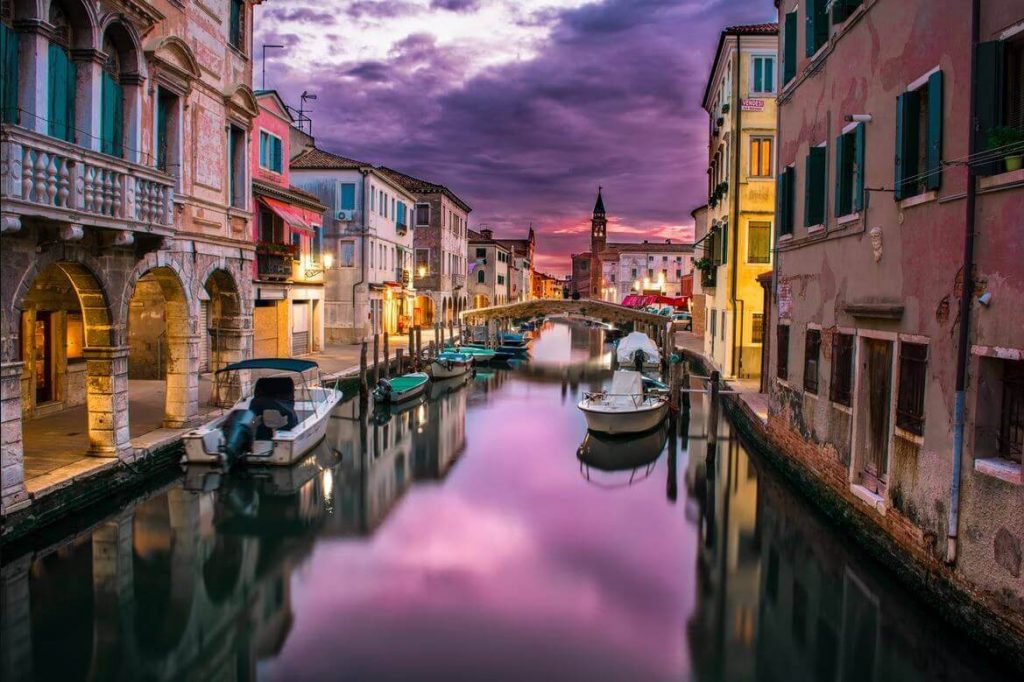 Curiously, the recently released cult classic The Northman was set entirely in Northern Ireland, and in spite of its Hamlet inspired plot, the cast never saw the shores of Denmark.

And, speaking of travelogues, in the latest highly anticipated entry for Indiana Jones, we’ll be able to see on the big screen the marvels of Italy, England and Morocco. Perhaps tourists and fans alike can attempt to duplicate the adventurous archaeologist with an international journey of their own.

From the exceptional beaches of Sicily to the world-class museums Glasgow has to offer, here are some of the locations one of Hollywood’s finest chose for its movie production:

Lead actor Harrison Ford was seen sporting his very familiar Indiana Jones costume back in October last year. The legendary movie star was accompanied by a camera crew setting up on a boat in Sicily.

Considering Sicily is Italy’s largest island with extraordinary scenery, and beautiful sandy beaches – not to mention its abundance of ancient ruins and archaeological sites. This location is a great spot for the latest Indiana Jones movie to be filmed.

After suffering a shoulder injury & 3 month recovery, Ford was seen in Buckinghamshire on Monday returning to set. (via @DailyMailCeleb)

The iconic Hollywood star Harrison Ford also graced Buckinghamshire with his presence back in June 2021 when he arrived via a private helicopter.

Being that the country of Buckinghamshire is one of the most historic countries in the UK, this location was a no-brainer for the production team. From its fascinating towns to its manor houses, the country makes for some great footage.

Not only does the city of Glasgow offer world-class museums, galleries and attractions but it seems that it is also a hotspot for many major Hollywood TV productions. It is reported that Glasgow raked £42.4m from hosting various film productions in 2021 alone.

The immensely charming Irish capital, known as the magical birthplace of so many fairy tales and legends, will be the setting of this highly anticipated (and cheekily titled) sequel to Enchanted.

The movie will see the return of its famous on-screen couple: heartthrob Patrick Dempsey and the immensely talented Amy Adams, who’ll reprise their roles.

There is no doubt that Europe has benefitted from the film entertainment industry, hosting stars from the likes of Matt Smith to Samuel L Jackson. There have been various locations that have been graced with the presence of major Hollywood film productions.

When it comes to the new Hollywood, some of the top locations include the charming Spanish town of Cáceres, the exquisite natural scenery the Peak District has to offer and Glasgow’s class attractions.

With this level of options, it is no wonder that A-list stars are choosing Europe’s finest locations over Hollywood’s inflating costs.