Texas
Hold’em has dominated the poker world for over two decades now, and if there’s
one thing many players can agree on is that a classic game can be pretty slow
and uneventful.

Especially
when played at higher levels, Texas Hold’em is not an action game but instead a
game of caution and patience.

To break
this routine, a group of poker players and fans created a new version called 6+
Hold’em.

6+
Hold’em, also known as Short Deck Poker, is played with just 36 cards in a
deck, with cards from deuce to five completely removed from the deck.

The
possibility of a player getting a big poker hand with fewer cards is much
higher, just as the chances of making sets, straights, and other strong
holdings after the flop.

While Short
Deck Hold’em actually resembles classic Texas Hold’em in many ways, the big
difference in the deck setup makes the game completely new and different.

With most
players completely new to the game and the equities running so close, Short
Deck Poker makes the game fun and exciting.

The first
thing you need to know before you sit down at a 6+ Hold’em table is the game’s
basic rules.

For the
most part, 6+ plays similarly to No-Limit Texas Hold’em, with a few major
differences in the game flow, which start with the blinds structure.

While
different card rooms and home games use different rules for this somewhat new
game, the standardized format currently has every player at the table paying an
ante and the button paying a double ante each hand.

With this
blinds structure, players have a lot of incentive to try and see a flop cheaply
by simply calling the size of another ante.

On the
other hand, paying an ante on each hand also means that you are bleeding chips
fast if you try to play too tight.

For these
reasons, a typical game of Short Deck Poker will have a lot of limping mixed in
with players raising their big hands. However, the hand value also changes
quite a bit in this version of the game, but more on that later.

Once the
pre-flop action is complete, as it would be in Texas Hold’em, players proceed
to the flop.

From this
point forward, the game is played in a regular no-limit style, with the action
ending on the player who has the button.

So far, so
simple!

If you can
play No-Limit Texas Hold’em, making a switch to Short Deck Poker should not be
too difficult, with the game following the same flow and pattern as its older
cousin.

However,
there are some other differences between the two, and the biggest one comes in
the way hands are ranked in 6+ Hold’em.

Aside from
the deck size, which is significantly shorter in 6+ Hold’em, there are big
differences between Texas Hold’em in the way hands are ranked.

The most
important thing to remember compared to traditional Texas Hold’em rules is that
a flush beats a full house, reversing the value of these two hands. 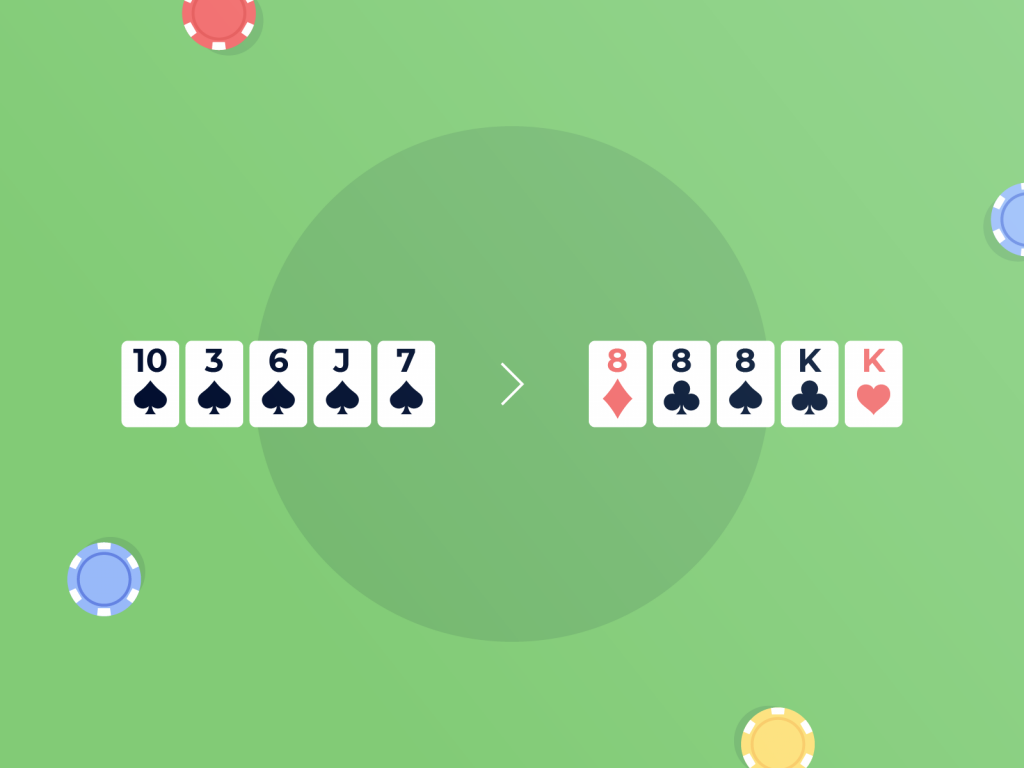 The logic
behind this comes from pure math, as it’s simply easier to make a full house
than a flush in Short Deck Poker, which is why this rule is universal.

Another difference
in hand rankings, which isn’t adopted in every game, is that three of a kind
sometimes beat a straight. However, the official games played in Macau or Las
Vegas still play with a straight beating three of a kind.

The reason
for keeping 7 straight as a more powerful hand has to do with playability, as
making three of a kind stronger would mean flopped straights are often drawing
dead against flopped sets, which would significantly diminish the value of
trying to make a straight in the first place.

The final
difference in hand rankings in 6+ Hold’em is with the ace card.

Like in
Texas Hold’em, the ace can be used to make a low straight. In this case, a
player holding A 6 7 8 9 has a straight, as unintuitive as this might seem.

Currently,
the official hand rankings for Short Deck poker are as follows:

I’ve explained
the basic rules of playing 6+ Hold’em, but what does the lack of any low cards
mean for your odds?

Well, it
actually means quite a lot. All the equities and odds you learned in Texas
Hold’em now change, with draws becoming a lot more powerful and weak made hands
like one pair losing their value.

While most
hands in Texas Hold’em are won by a one-pair hand, this is definitely not the
case in 6+ Hold’em.

In fact,
making one pair is so easy that you will more often have a pair than not have
one by the river.

Looking at
the simplest of odds, you should consider how much easier it is to get good
starting hands in Short Deck Poker.

The chance
of getting dealt a hand like pocket aces or pocket kings is doubled in this
game, which means you will have a lot more opportunities to get into hands with
premium holdings.

However, you should also bear in mind that hands like AA or KK are no longer such massive favorites against the likes of JT suited or T9 suited. Since we know that one pair is so rarely the winner, in the end, pocket pairs lose a good chunk of their value.

Making a
set in 6+ Hold’em is also quite a bit easier, with fewer cards left in the deck
by the time a flop is dealt out, making your two outs for the set more likely
to come out.

When
calculating the odds of making a straight, a flush, or a full house, you can
now use the rule of 3 and 6 instead of the rule of 2 and 4 you learned in the
past.

Some of the
interesting odds that are much different in Short Deck Poker include: 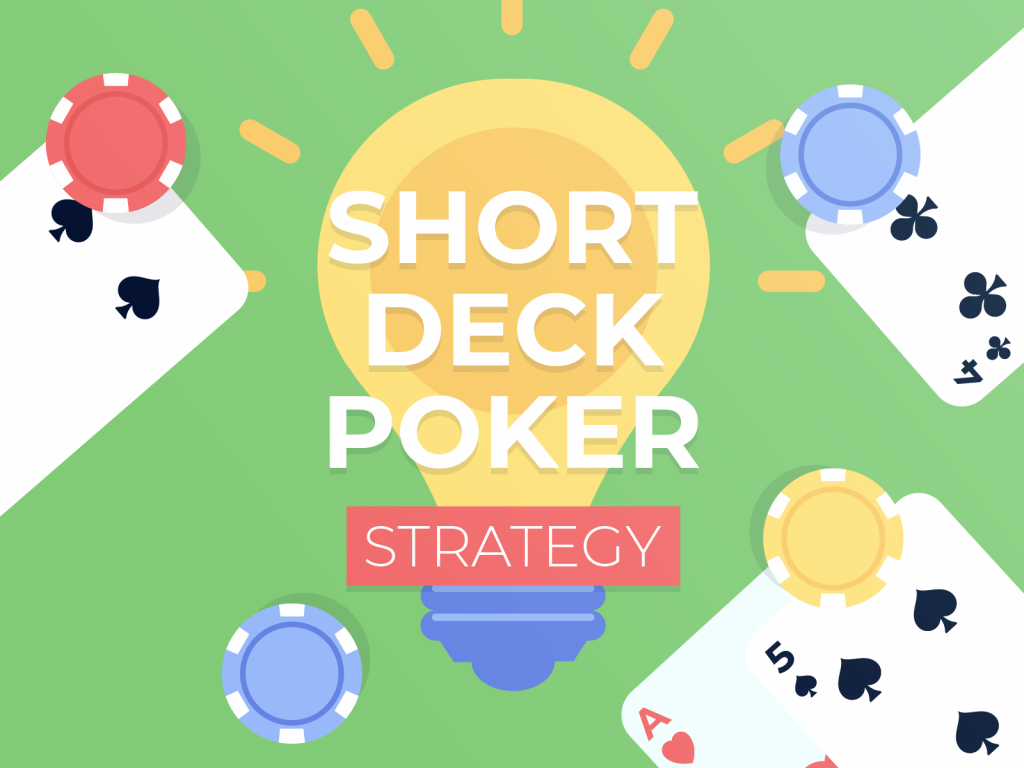 Now that
you know the basics of 6+ Hold’em, it’s about time you start thinking about a
strategy.

The really
exciting thing about this game is that it is not yet “solved” which means there
are many different ways to play it, and there is no one to say which way is the
best for sure.

There are
some things we know for certain about Short Deck Poker, including:

These
simple facts have a lot to do with developing a winning strategy for the game.

What we can
definitely know is that one pair hands are much less powerful in this version
of the game, making such holdings as pocket aces or kings a lot less valuable.

Pocket
kings, queens, and jacks all lose a significant portion of their value compared
to Texas Hold’em, as they no longer win the pot unimproved as often as they do
in Texas Hold’em.

On the
other hand, suited connected hands like KQs, JTs, and T9s gain a lot of value,
as they have a high chance of making a straight, two pair, or full house.

The
basic strategy you should probably stick to is one that reinforces the idea of
playing draws very aggressively and playing weak made hands very passively,
often folding them.

A big draw
may be just a coin flip against one pair in Texas Hold’em, but holding 12 outs
against your opponent’s hand in Short Deck Hold’em will make you a 63 percent
favorite on the flop, while the all-mighty open-ended straight flush draw (15
outs), will give you nearly 75 percent equity in the hand.

Another
crucial element to keep in mind when considering your 6+ Hold’em strategy is
position, as this game relies heavily on it.

Just like
Pot Limit Omaha, Short Deck Poker is all about playing aggressively in position
and staying out of the way when out of position.

The real
tricky thing is balancing out how you play in those early positions, given the
very favorable price you will be getting on limping when first in.

Personally,
I recommend folding many hands in an early position and limping the ones you
decide to play to avoid unfavorable reverse implied odds situations later on
and save yourself from having to make the difficult plays post-flop.

Can I Win At Short Deck Poker?

Many poker
players are probably asking when they first encounter Short Deck Hold’em: Can I
actually win at this game?

The gambling nature of the game makes it a high variance prospect, to say the least, but it also could make it highly profitable, similar to Pot Limit Omaha.

Those who
have played PLO at a high level know that the win-rates are much higher than
what’s expected at Texas Hold’em, with the high variance being the price you
pay.

If you can
master the rules of Short Deck Hold’em and develop a strong winning strategy, I
expect you can have a high win rate in this game as well, along with some big
downswings as a result of the game’s highly equalized equities. 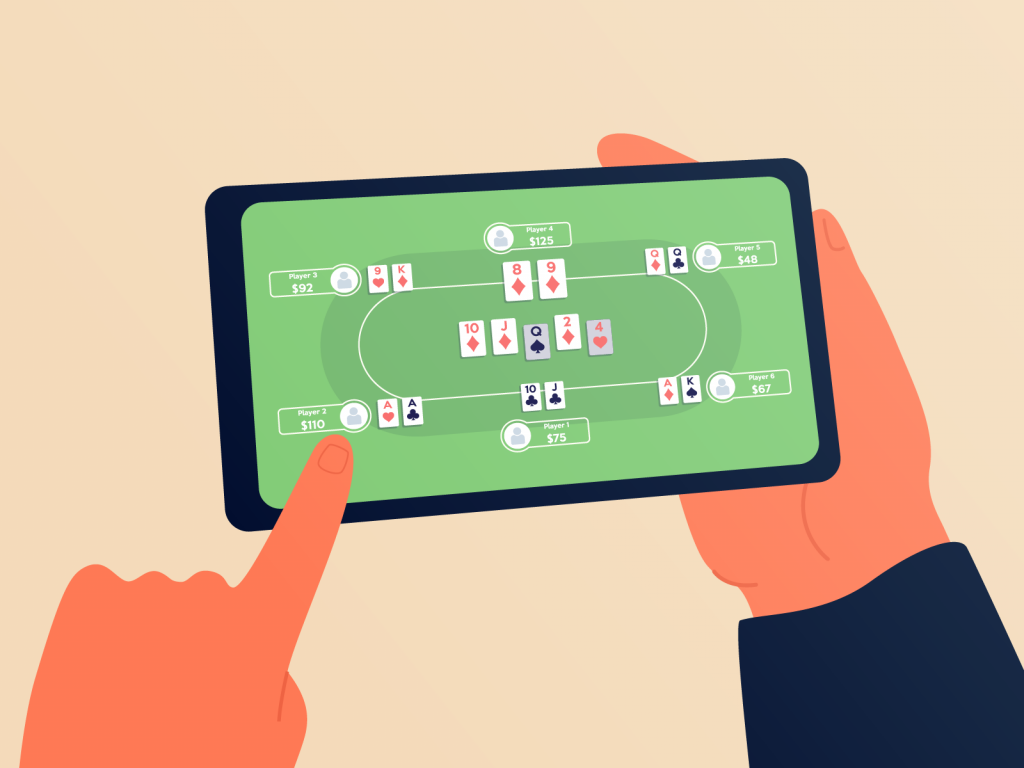 The only
thing left now is to get online and start playing some 6+ Hold’em to get a feel
for the game and start developing your personal strategy for it.

Since Short Deck Hold’em is not yet very popular in the live poker environment, I highly recommend you try playing online first, and there are several major poker sites where you can do so:

PokerStars: The biggest and most popular online poker site, PokerStars offers 6+ Hold’em across a range of stakes, starting with true micro stakes and going all the way up to a $200 button blind. PokerStars is one of the best online poker platforms, and it guarantees a high level of player satisfaction. GGPoker: Another massive online poker room with great traffic, GGPoker will give you a chance to practice Short Deck Poker on your own terms, with a similar range of stakes as PokerStars and a poker platform of similar quality. Poker Apps: Online poker apps like PPPoker and KKPoker have been all the rage lately, with Short Deck Poker games running regularly and the level of play being expectedly low compared to major poker sites. If you want to play in some attractive 6+ Hold’em games, this is the place to be.

And if you can’t pick between the two, check out our review comparing PokerStars vs GGPoker to help choose the one for you.