Who would want to be a
referee? Is the constant abuse from fans, players, and coaches worth it?

Well, actually, yes. It
turns out it is.

Elite sport is big
business, so it’s only fair that the men and women tasked with keeping global
sporting superstars in check get paid accordingly.

But how much do the
officials in different sports get paid? And which referee is the highest paid
in the world? Keep reading to find out.

The highest-paid referees of any sport are those in the NBA, the world’s biggest basketball league.

Elite NBA refs like
James Capers have a reported salary of $550,000, with the chance to earn more
by officiating playoff games.

Even without post-season games included, the average salary of an NBA ref is $375,000.

Capers, who was the
officiating crew chief for Game 4 of the 2022 NBA Finals, has over 24 seasons
refereeing in the NBA and has worked on 135 playoff games in total, so he has
more than earned his stripes.

Like any profession, the
highest-paid NBA refs are those who have been in the league the longest and
have the most experience, something Capers has in abundance.

This puts his total
salary at $610,000 for the season and likely makes him the richest referee in
the world at the moment. Not too shabby.

The Referees With Ice In Their Veins 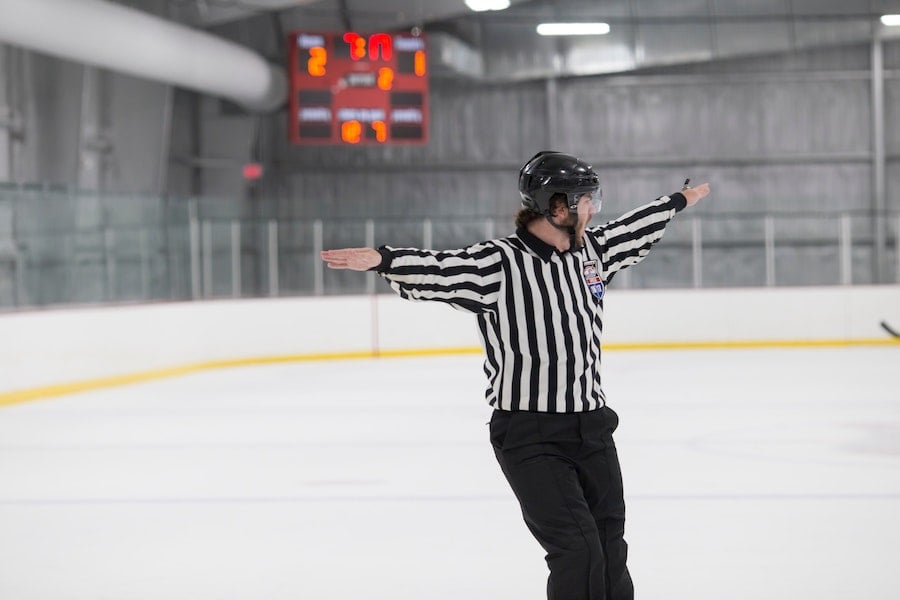 The NHL has some of the most fast-paced, physical action in all professional sports, so referees have their work cut out.

As such, they are paid
well and have excellent perks and conditions.

NHL refereeing veteran
Kevin Pollock has over 20 years of experience in the NHL and has officiated
over 200 playoff games throughout his career.

In the COVID-hit 2020
NHL season, Pollock was smacked in the face by a puck during the playoffs. He
suffered a fractured jaw, 15 stitches, and lost several teeth… Ouch.

Third on our list of highest-paid sports officials are umpires in Major League Baseball.

But before you start
applying to the Professional Baseball Umpire Corporation about their training
program, you might want to think it through.

Not only is becoming an
MLB umpire extremely difficult to get into (there are only 70 umpires in the
league and most have decades of experience before making it professionally),
the sheer workload is enough to put even the biggest baseball fan off.

MLB umpires work 162
games per season and must watch each moment with total concentration. Baseball
games last around 3 hours, so that’s nearly 500 hours of intense action per
season for umpires.

Due to the enormous
workload, MLB umpires average just $1,500 per game, which is one of the lowest
in all major sports leagues. 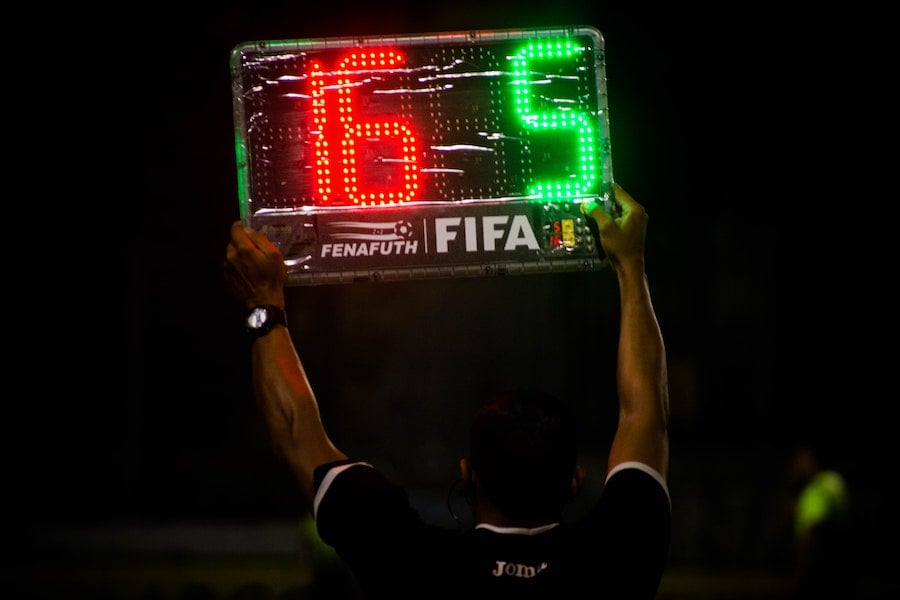 Soccer is undoubtedly
one of the biggest sports in the world. In terms of global viewership of
sporting events, the FIFA World Cup comes second only to the Summer Olympics.

So, it makes sense that
soccer referees are some of the highest paid in the world, right?

Well, a lot of the time, no. But, there are some exceptions, like in La Liga, Spain.

However, this isn’t the
only chance European soccer referees get to earn.

The cream of the crop is
invited to take games in European competitions, including the Champions League.

Carlos del Cerro Grande
falls into this category. In the 2021-22 season, he took charge of eight
European games, taking his salary for the season to just over $450,000.

La Liga referees are
paid the most of any major European league and far more than their colleagues
in the English Premier League.

While still very
significant, this salary is nearly $300,000 less than his Spanish counterpart,
del Cerro Grande.

Although the NFL has never officially released referee salary information, it was reported in 2019 that referees made an average of $205,000 per season.

This number was a $50k
increase on reported salaries in 2018, so there is a possibility it has risen
again ahead of the 2022/23 NFL season.

Officiating legend Walt
Anderson made an estimated $250,000 in 2019, his final year of refereeing.

Not bad, right? Even
considering some of the explosive atmospheres that refs face.

Any volunteers for
Washington vs. Philadelphia at The Linc this year? Didn’t think so.

Even starting salaries
for refs run into hundreds of thousands of dollars, so we can see the appeal.

But, just like elite
athletes, making the cut as an elite referee is tough.

It takes a lifetime of
dedication and commitment to a sport, and significant financial rewards exist
for those who make it to the big leagues.