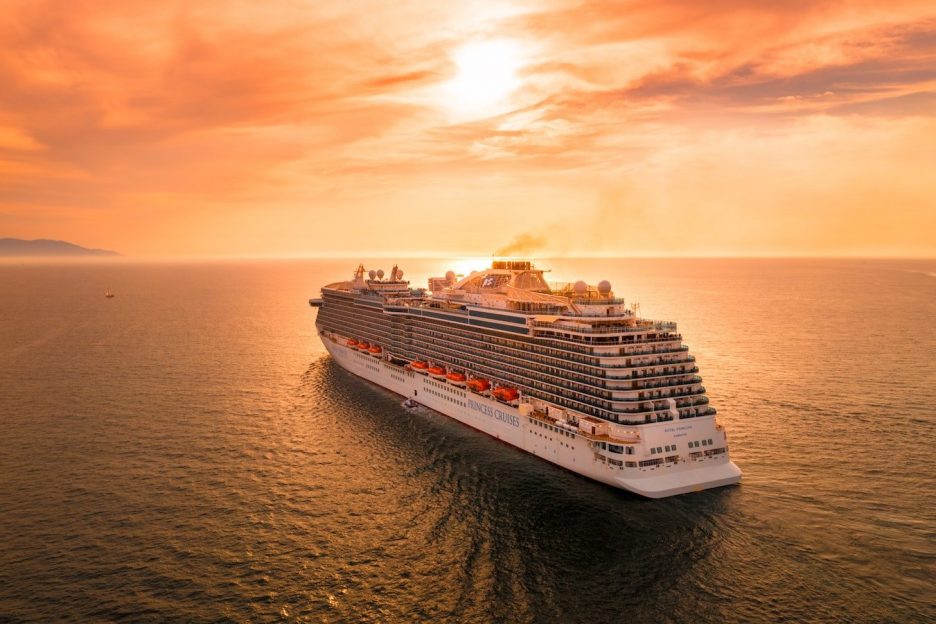 The best thing about cruise ships
crossing international waters is that gambling doesn’t come under the same
regulations as when you’re on dry land.

Intrigued? We thought you would be.

So, here’s a brief rundown of some of the rules surrounding gambling on cruise ships, beginning with the most basic, and golden, rule.

That rule is that the boat is
considered to be an extension of the country under whose flag it sails.

Except when it sails into another’s
territorial waters…

The Laws About
Gambling At Sea

According to maritime law – the rules
that govern all things seaworthy – gambling laws on the waves are determined by
the nation the ship is registered with. Simple, eh?

Well, yes and no.

Once a ship is docked or within a
certain distance from the coast of a country, then it becomes subject to the
law of the land whose coastline it is.

For example, if you are sailing in US waters, activities are governed by US federal and state laws.

And, again under maritime law, international
waters become territorial waters when the ship sails within three to 12 miles
from the coastline.

Should your cruise ship take you to
within 12 miles of the coast of the US, the on-board casino will be closed for business.

So, with a few exceptions, cruise
ship casinos will shut up shop while the ship is docked, to comply with local
gambling rules.

This means that if you’re exploring the US or another country where gambling is banned on shore, but you had hoped to spend a lot of time in a casino, keep this in mind — you may want to choose a cruise itinerary with a lot of sea days.

This depends on the country you have
just cast off from.

Gambling laws in the US and the UK
are very different. In the US, where casinos are restricted by state, ships
must be a minimum of 12 miles out before the first dice is thrown.

When it comes to the UK Gambling
Commission, things are far more relaxed.

You can gamble away in UK waters
without batting an eyelid.

In the following
countries, land-based gambling is illegal or so heavily state-controlled
that the ship’s casino doors will only be open when you are the legal distance
of 12 miles or more off-shore:

Gambling laws can
change quickly, so the above list is not exhaustive.

Countries To Keep
An Eye On

Always remember to do your research on local gambling laws before you roll the dice, but keep your eyes peeled for developments in some of these countries…

In some nations such as North
Korea and Cambodia, land-based gambling is illegal for its citizens yet legal
for foreign visitors, which led to a casino-tourism boom for the latter.

Unfortunately, there is also a
difference in how native and foreign casino workers are treated. Researchers
have reported that Chinese casino workers in Cambodian casinos earn 4.5x as
much as their Cambodian colleagues.

Other countries, such as Japan, have
put plans in place to limit native participation without banning it
entirely.

Japan legalized gambling in 2018 and currently has three integrated resorts under construction. When these are complete it expects to become a global hub for international gambling.

However, Japanese nationals will only be able to visit the resorts 10 times a month and will have to pay ¥6,000 (approximately $45) for admission each time. Laws which Prime Minister Fumio Kishida hopes will stop addiction and crime levels soaring.

Whilst Japan’s new gambling economy
is almost ready to go, it can take a country multiple years after the
legalization of gambling to build the required infrastructure.

For example, Bermuda, a country that
legalized gambling in 2014 has yet to open any casinos because of multiple
delays.

Plans have been
approved for four casinos to be integrated into Bermuda’s existing hotels and
resorts. The first to open was supposed to be the St Regis Hotel in St George’s.

However, the opening
date of this casino has been pushed back multiple times and it currently remains unopened.

Whilst land-based betting is causing issues for Bermuda, online betting has created problems for many countries that have banned gambling. This is because these countries are struggling to stop their citizens from playing online.

As such, many Israelis can gamble
illegally from the comfort of their own home.

Those Israelis not interested in online betting can still gamble thanks to the range of cruise ships with casinos that dock in major Israeli ports which allow players to spin the roulette wheel in international waters.

Gambling laws can change rapidly, as
proven by the recent changes made by Japan and Bermuda.

So, if you’re planning a cruise, it’s
a good idea to keep tabs on the countries you are going to visit, just in case. 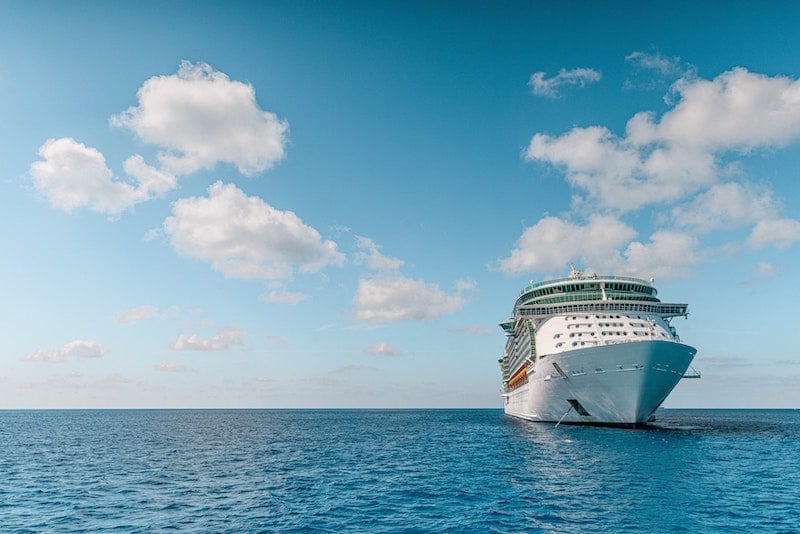 Again, this works on an international
vessel basis and, of course, on whose water you are floating at the time.

If you’re complying with US law or
are on specific ships that stop in US ports, you must be at least 21 years old
to gamble.

However, much like the rest of the
rules, if the nation under whose flag you are sailing has a more liberal
approach to gambling, then the age cut-off might drop to 18, as it is in the
UK.

Even then, you could still be at the
discretion of the cruise line, with some requiring that passengers aged between
18 and 21 be accompanied by a passenger over 21 if they want to gamble and
drink.

If in doubt, always check before you
book.

Taxes On Gambling
Wins When You’re On A Cruise Ship

Ok, here’s where things get a little
more complicated.

Paying taxes on your winnings can depend on whether the amount you win is deemed worthy of reporting to the state by the casino operators on board the ship.

Should somebody win over $1,200 in a
single payout or enjoy a table game win with odds of 300/1 or more, then
technically the house is required to provide the lucky winner with IRS Form W-2G — who can then pay the taxes on
their haul.

For winnings that fall under these
thresholds the player will not be given any forms but should self-report their
winnings using IRS
Form 1040.

This is the case for winnings across gambling games such as blackjack, bingo, and slot machines.

But they’ll only have to do this if
the casino operators are based in a country that taxes its gambling winners.

The UK does not and has not done so
since it changed its laws back in 2001, so you can keep your cash if you’re in
its waters.

Who Regulates
Casinos On Cruise Ships? 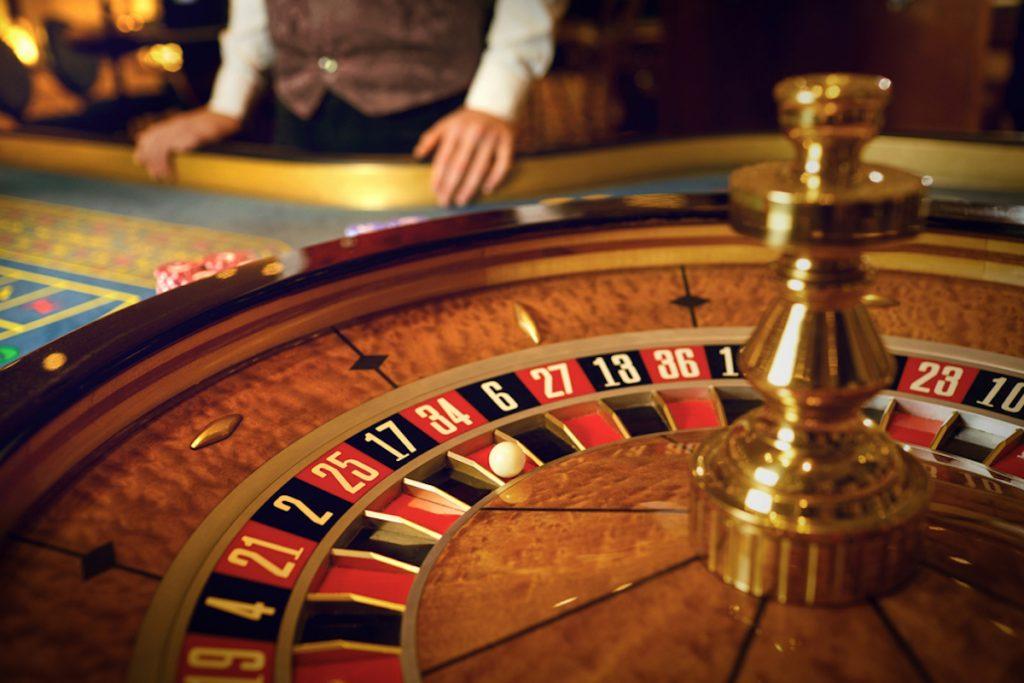 In general, CLIA tends to follow the
regulatory standards and rules of play used by control boards, licensed
jurisdictions and established casinos in Nevada and New Jersey in the US, or
England in the UK.

Regulation and policies have become
more important as cruise ships are fitted with larger casinos.

In fact, a report by the Gaming Technologies Association revealed that it is not uncommon for some cruise ships to have over 300 electronic gaming machines.

To put this into perspective, during
2019 a fleet of 17 Royal Caribbean International cruise liners had nearly 4,000
electronic gambling machines – over 3x as many as Caesars Palace in Las Vegas!

With that much gambling potential on offer, you may run into some problems.

But who do you contact if you have a
gambling dispute onboard a ship?

It’s unlikely you’ll find a
representative or agent in the middle of your cruise, so your best bet is to
first raise your issue with the onboard casino manager.

If it can’t be resolved, you’ll then
usually be directed to the ‘hotel’ manager or director.

In rare cases, when a dispute can’t
be solved onboard, the policy is to direct patrons to the contact information
for the main office or casino operator on land.

Gambling Vacations In
2022 And Beyond

Want your next trip to be a gambling
one? It doesn’t get much better than a cruise.

Essentially luxury hotels that sail
between one exotic destination after another, cruise ships mean all-inclusive
and endless buffets, cringey but fun cabaret acts, a new location every day or
two and, of course, a casino.

Now you’re all clued up about
gambling on cruise ships and the laws at sea, you can get planning your next
trip!